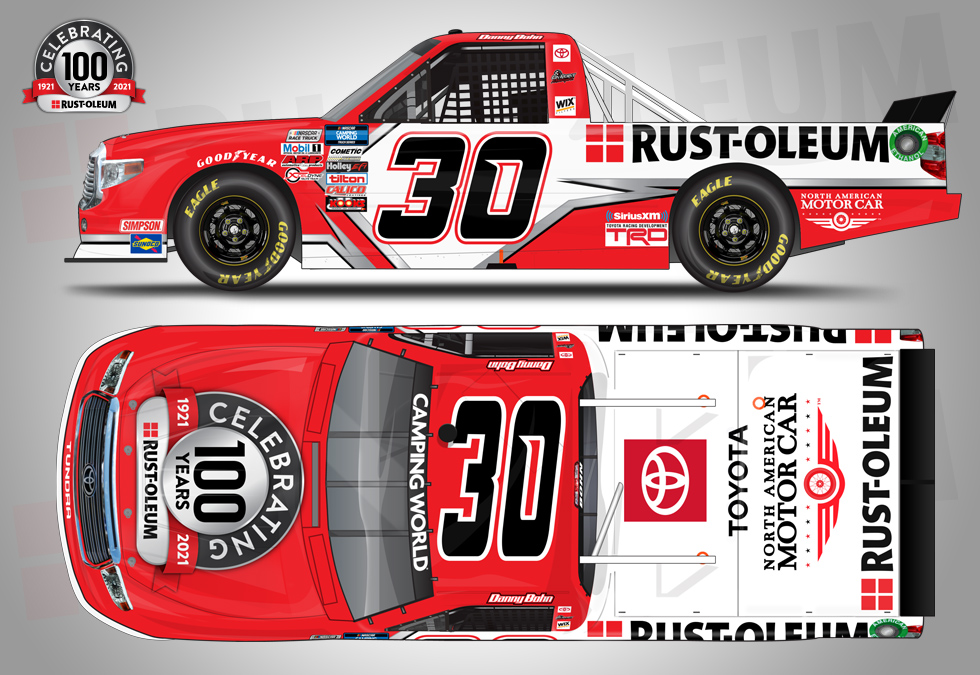 Danny Bohn will be representing the Rust-Oleum colors this Thursday at Bristol Motor Speedway in the UNOH 200 presented by Ohio Logistics Camping World truck race. Danny is excited about the opportunity with Rust-Oleum to be racing at Bristol he mentions “Bristol is one of my favorite tracks on the schedule, and to have the opportunity to race with Rust-Oleum is an honor. This year is their 100th-year anniversary for Rust-Oleum as a company, and I’m thankful to run their colors at Bristol to celebrate that milestone.”

Bryan Wilson, Director of Sales at Rust-Oleum mentions “I have personally worked with Danny (Bohn) since 2009 and am excited to see the Rust-Oleum 100th Anniversary truck race at Bristol”. Danny and the entire On Point Motorsports team are excited to have Rust-Oleum onboard for this week’s Bristol race.

The 100th-anniversary Rust-Oleum colors will be on track this September 16th at 9 pm et on Fox Sports 1. To find out more about Rust-Oleum products, check out www.rustoleum.com.