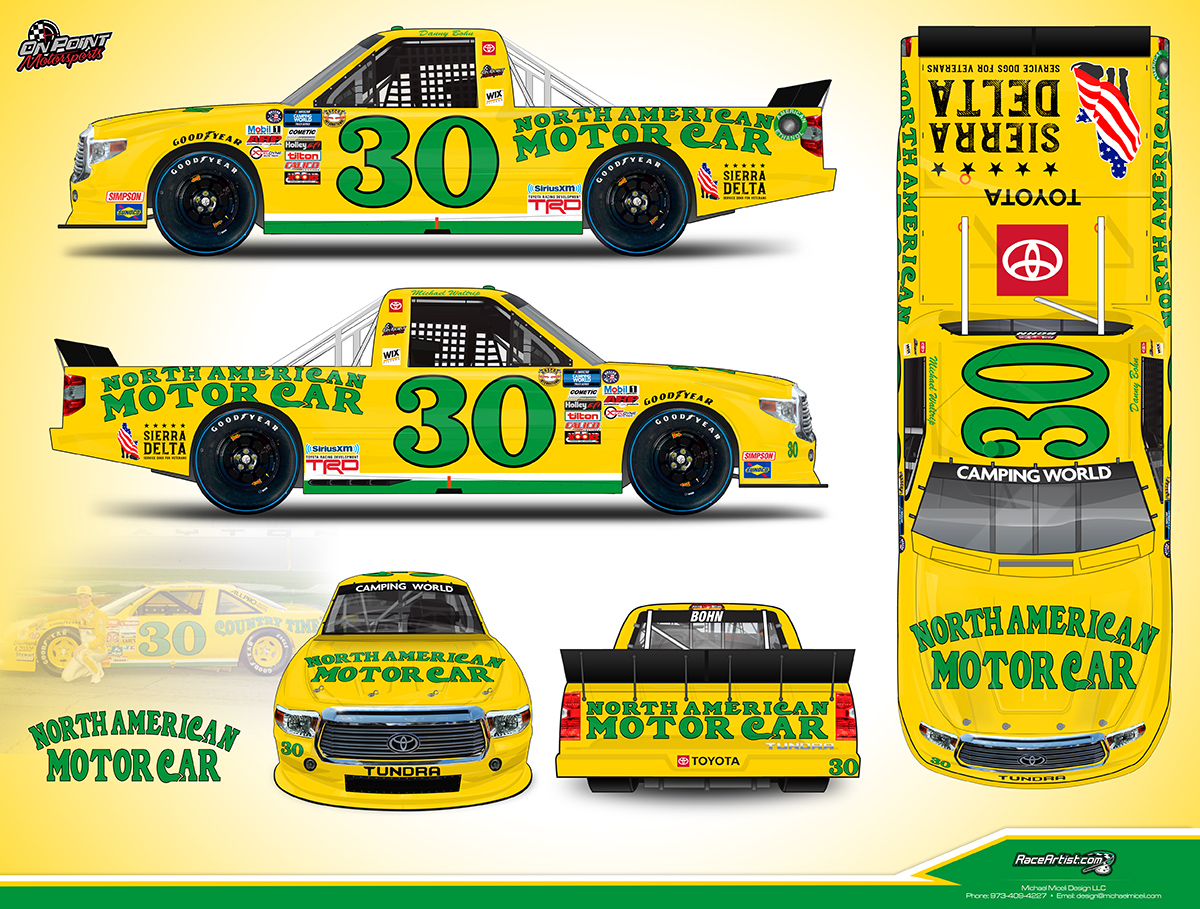 Denver, NC (4/22/21) – Danny Bohn and OnPoint Motorsports are headed to Darlington Raceway to honor Michael Waltrip in the upcoming truck race. Bohn’s #30 Toyota Tundra will pay tribute to the Country Time scheme that Michael Waltrip drove in 1989-90. Bohns’ primary sponsor, North America Motor Car & Sierra Delta will be on the truck when they race at Darlington.

“MW has been a household name in NASCAR for many years. I enjoy seeing the excitement that he continues to bring to the sport while he is in the booth, I can’t wait to see how excited he is when he sees this truck on the track at Darlington!” says Bohn. Waltrip has shown success on & off the track in the sport of NASCAR. It’s no question why Waltrip has become a fan favorite for many years.

Michael Waltrip, younger brother to Darrell Waltrip, is a two-time Daytona 500 Champion in 2001 & 2003 racing for DEI. The Country Time scheme was run at the early stages of Waltrip’s career. Waltrip raced for Bahari Racing in the #30 car. In correlation, Bohn’s career in the Camping World Trucks started in 2019, two seasons ago, is pursuing the success that Michael Waltrip had in his career. The Country Time machine that Waltrip ran in 89 finished 9th at Darlington.

Make sure to check out our sponsors North America Motor Car and Sierra Delta on all social platforms. Our sponsor’s websites can be found at www.northamericanmotorcar.com & www.sierradelta.com.